Hello everyone! Apologies on this long awaited update! The website and page admins have been updated and fixed so you will be seeing a lot more posts from now on. : )

Before we talk about January, let’s take a visit to December and catch up on what has happened with the chapter. We mentioned in the last post that Acacia Claus was expected to raise over $1300 dollars this year. WE DID IT. We raised a little over that amount and had a successful time shopping. With the wonderful help from Meijer’s staff, we were able to purchase above the amount raised due to coupons and promotions! Next year we will be meeting with Meijer much earlier in the Acacia Claus process as they have helped us so much and they were very interested in helping the chapter as well.  Our chapter has been making greater connections with the community and we are very excited for all the philanthropic opportunities approaching us next semester. Thanks again to all the wonderful donations given to us from the community, friends, alumni, and everyone else!

Lastly, our planned Dinner of Intent did wonderfully, with a lot of interest from possible new members. It was a wonderful time and we got to know each other a little better!

For the month of January, we came back strong, ready for the new year and new opportunities! January was quite successful with the induction of 4 new pledges! They are fantastic gentlemen and are very excited to be a part of the process. Once they were inducted, we had a special induction dinner for them along with the alumni.  It was a great dinner filled with a lot of laughter and games. A big thanks to the alumni that helped fund part of the dinner!

Other than that, they’re a lot of plans being prepared for this semester. Due to the weather, things have been slow at the chapter/campus but that doesn’t mean we have a lot ready for the coming months!

Night of the Nile has been planned as well as Initiation!  Below are the times to schedule for:

April 6th Initiation @ 7:30am in the Mason Lodge 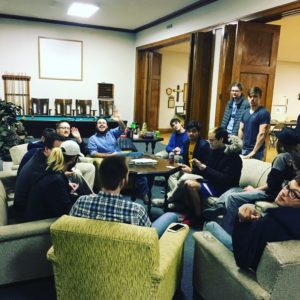 The fantastic dinner of intent! 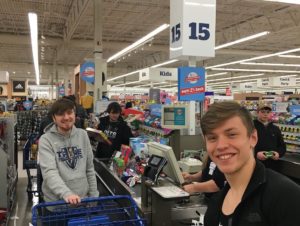 That’s A LOT of toys! 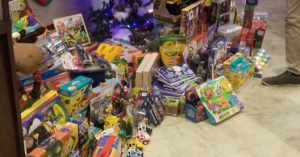 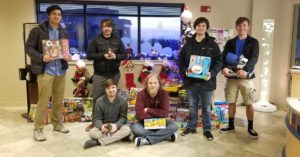 That’s all for the updates! Stay tuned for February’s update as many great things have already happened!